PROTECTING THE RIGHT OF EVERY FOSTER CHILD IN CALIFORNIA TO SAFETY, SECURITY, AND A PERMANENT HOME

TOGETHER WE CAN CHANGE A LIFETIME

Advokids protects the rights of foster children in California.  We believe every child has the right to safety, security and a permanent home.  Through our hotline, online resources, legal trainings, policy work and impact litigation, Advokids strives to improve the lives of all children in foster care and promote their long-term emotional, cognitive and developmental health.

Read more about our programs

Advokids provides the only free telephone hotline offering legal information to anyone concerned about a child in foster care in California.

Click here to learn what to expect when you call Advokids.

HELPING ONE CHILD AT A TIME

Robert and Sarah called Advokids’ Hotline for help after 9 agonizing months of waiting to have their 3 year old grandson Kai placed in their care. They had been an important part of Kai’s life since his birth, and when he was abruptly removed from his mother’s care and placed in foster care, they rushed to claim him. They were stymied by the county child welfare agency’s continued delays in placing Kai with them, and were allowed limited visitation with Kai. Advokids’ legal and social work staff helped Robert and Sarah intervene and access the juvenile court to let the judge know that Kai was suffering from his separation from his grandparents whom he loved and trusted.

The judge ordered more frequent visitations between Kai and his grandparents, which quickly grew to overnight visits. Soon after overnight visits began, Kai’s foster parents, grandparents, and county social worker coordinated efforts to “transition” Kai to the home of his grandparents. Advokids continued to support Robert and Sarah until a permanent guardianship was established to secure Kai’s future in their care. 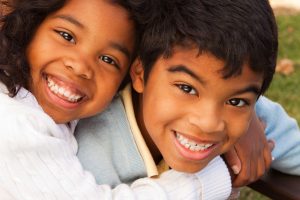 Tanya called Advokids, concerned about her 9-year-old grandson Thomas. Tanya was Thomas’s legal guardian, because his parents were unable to care for him. Thomas had a baby sister, Cassie, who was in foster care and Thomas visited her regularly. When Cassie was moved out of their county, all visitation was terminated and Thomas was devastated. Advokids helped Tanya file a court petition on Thomas’ behalf, asking the court to reinstate sibling visits. In his petition to the court, Thomas stated that visitation was what was best for his baby sister because, “I love her and she knows happiness when she sees me.” The trial court denied Thomas’ petition so Advokids helped file an appeal and Thomas won! The Court of Appeal decision stated that the county child welfare agency had “acted in excess of its authority” when it suspended visitation. Thomas and his baby sister are now a part of each other’s lives again.

1/4 of California foster children are under the age of 3.

The majority spend 2+ years or longer in foster care and experience multiple placements.

Foster children who never find a permanent home face lifelong challenges, and they have overtaken war veterans as the largest population in California’s homeless shelters. 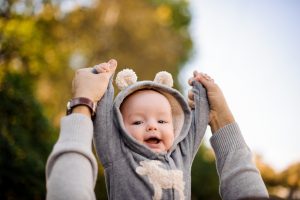 Rebecca and John received baby Eli into their foster home when he was three months old. He was born drug and alcohol exposed and was far behind healthy infant developmental milestones. Over the next twelve months his foster parents, a team of specialized health professionals, and occupational therapists worked tirelessly to give Eli the care and support he needed to overcome his deficits and grow into a thriving healthy baby.

After thirteen consecutive months with his foster family, when it was time to move forward with the permanent plan of adoption, Eli’s social worker proposed a plan to move him to an out-of-state relative. Eli had met this relative only once, during a brief visit. Rebecca and John called Advokids to ask how they could advocate for Eli. They understood that Eli’s emotional growth and development were dependent on a stable, predictable, and nurturing caregiving relationship. They were concerned that Eli would suffer a traumatic loss if abruptly moved out of state. Advokids’ Hotline staff explained how they could bring their concerns to the juvenile court judge who ultimately should decide what plan was in Eli’s best interest. Advokids enlisted the help of Tom Paoli, an attorney on our pro bono roster, and Wendy von Wiederhold, Ph.D, a pro bono child development expert. Together with Eli’s pediatrician and caregivers,  this “dream team” demonstrated to the court over the course of several months that the adversities Eli had already faced in is short life, as well as his close bond with his caregivers at the critical stage of his development at one year of age, was evidence that an unnecessary move would not be best for Eli. After 21 months, Eli is on track to be adopted and become a permanent member of Rebecca and John’s family. 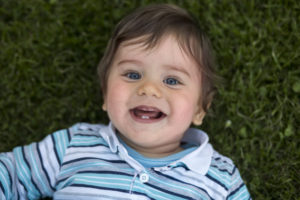 Andrew came into foster care at birth and was placed in a foster-to adopt home with Alicia and her husband. Andrew was 11 months old and thriving in their care when Alicia was told that Andrew was to be moved to a distant cousin whom he had never met. When Alicia called Advokids, visits had begun with the cousin and Alicia and Andrew’s pediatrician were very concerned about Andrew and the behavioral and health stress signals that Andrew was exhibiting after visits, including asthma attacks.

Mindful of the trauma a placement disruption could cause, Advokids’ hotline staff helped Alicia petition the juvenile court and share a letter of medical concern from Andrew’s pediatrician. In his letter, the doctor described the symptoms Andrew was exhibiting and shared the research findings on the dangers of precipitously moving a 12 month old who is securely attached to his caregivers.

Advokids also reached out to our pro bono panel and enlisted an attorney to help Andrew’s foster-to- adopt parents. With the help of the pro bono attorney, Andrew’s foster-to-adopt parents fully participated in their court hearing and brought vital information to the judge about Andrew and the laws that protected his current placement. As a result, the court intervened to stop the move and ordered Andrew to remain with Alicia and her husband, caregivers who had a deep, stable bond that was deemed to be critical for Andrew’s well being.

They are currently awaiting adoption finalization. 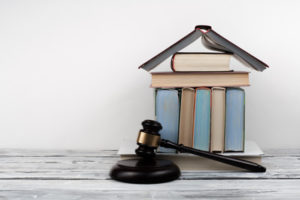 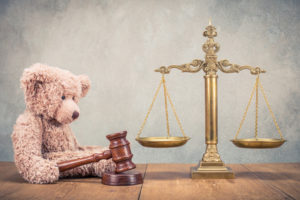 “We have been foster parents for 7  years.  We love Lucy and ALL the wonderful advice she has given us on 2 very challenging cases we had.  Advokids is priceless!!!”…

“I would like to share our appreciation and gratitude for your helpful legal advice and unwavering patience. This is a very painful and stressful time for us. Your compassion and guidance is giving us the support and tools we need to negotiate the challenges ahead. Thankfully there are advocates like you …

“Some months ago, you helped my wife Jenni and I with the case of our foster-to-adopt child. I simply wanted to thank you and to let you know that we signed adoptive placement papers this week, and we are anticipating finalizing our son’s adoption in the next several weeks. We are very excited…

“Words don’t even come close to describing what Advokids means to me and my family. They saved our foster child’s LIFE!!! The whole staff treats each child as if it is their own. At Advokids, the child is not a number. He or she is a real person with emotions and feelings. Please donate…

“My journey with Advokids began with one prayer, one click and one letter on their website. Advokids was heaven sent. They immediately responded, educated, empowered, and assisted me beyond belief. After seven months of excruciating heartache I am forever grateful that I was reunited with…

“I wanted to update you a bit and thank you again for all of your calm assistance during the sometimes turbulent last 14 months. Your guidance and compassion during this process was more than appreciated. It wasn’t until we contacted you that we felt someone actually cared. You actually took the time…

“As an agency social worker I am always looking for support from those educated about the law and dedicated to helping foster youth. I have reached out to Advokids on a variety of occasions asking for help and information on law. They have never failed me. Furthermore, I usually receive an email or a phone call…

I wanted to thank you for the help you provided the Mom. While nothing could be better than the return of her little baby girl, the comfort you gave her with your assistance is immeasurable. Thank you so very much. I will be making donations to your organization whenever I can, and asking others to…

Copyright 2017 All Rights Reserved | Advokids:  A Legal Resource for California Foster Children and Their Advocates