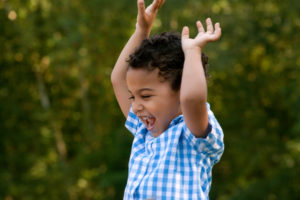 Twelve month old Kaiden had lived with Gail since birth. Kaiden’s biological parents were no longer in the picture and Gail was committed to adopting Kaiden if he needed a permanent home. Kaiden’s grandparents were not being considered for placement  but when grandfather passed away, a step-aunt who had no prior relationship or blood ties to Kaiden sought placement of Kaiden.

Visits with the step-aunt began suddenly. Gail was concerned about Kaiden’s stress levels participating in unsupervised visits with a stranger. She was also concerned because step-aunt was not aware of Kaiden’s medical needs or specialized therapy and knew so little about him.

Upon completing the caregiver licensing program, step-aunt petitioned the court for placement of Kaiden. The county social worker and Kaiden’s attorney gave no indication whether they supported or  opposed a move of Kaiden to step-aunt, although they both affirmed that  Kaiden was thriving in Gail’s care and had a strong attachment to her.

Advokids enlisted a pro bono attorney, Adam Trigg, who helped her bring evidence to the juvenile court judge about Kaiden, his needs, and his attachment to Gail. He reminded the court that Kaiden, after one year in foster care, in the only home he had ever known, was ready for permanency and the law no longer allowed relatives to be given preferential consideration for placement. The judge agreed.