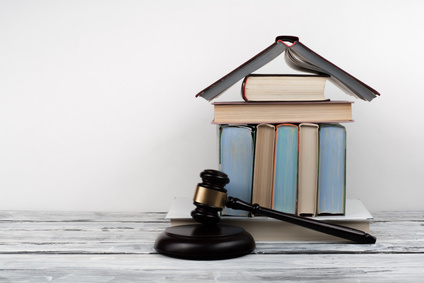 Plenty of kids head off to school with stuffed backpacks, but rarely do they make the same difference as packs handed out by a Marin County non-profit called AdvoKids in Corte Madera... Read More

Letter to the editor, SF Chronicle

Advokids' Executive Director responds in a letter to the editor of the SF Chronicle highlighting the necessity of trauma-informed responses when helping foster children heal...Read More

Advokids Executive Director Margaret Coyne is quoted throughout this article about how to leverage California legal tools to save children from abuse and neglect...Read More

In support of National Child Abuse Prevention Month, Advokids has launched a statewide “Protect California Children” campaign (protectCAchildren.org) to provide information to all Californians about the action they can take when they see a child who continues to be abused, neglected, or exploited after a child abuse report has been made...Read More

PRESS RELEASE UPDATED: APR 4, 2017 10:07 PDT Advokids launches awareness campaign for National Child Abuse Prevention Month San Francisco, CA, April 4, 2017 (Newswire.com)  In May 2013, eight-year-old Gabriel Fernandez died after months of abuse at the hands of his mother and her boyfriend. Gabriel’s teacher and others reported the abuse multiple times but social workers left the child in the home where he later died. In March 2017, an L.A. County judge ruled that social workers should stand trial on charges related to Gabriel’s death. Advokids, a California legal non-profit, is launching a statewide “Protect California Children” campaign (protectCAchildren.org) to educate California mandated reporters and the general public about action they can take when first-line defenses to protect children, ...Read More

The Chronicle For Social Change

Free legal hotline empowers California foster caregivers. Read the article that highlights Advokids as the starting point to teach people how to access the court and share critical information with the juvenile court judge...Read More

Advokids, along with three foster parents, filed suit against the Los Angeles Department of Children and Family Services (LADCFS) for routinely failing to provide foster parents and relative caregivers with advance written notice of court hearings and opportunities to be heard.

KPFK Radio in Los Angeles talks with Dan Stormer, attorney for the plaintiffs, and Janet Sherwood, Deputy Director of Advokids, about the suit against L.A. County DCFS:

Why We Should Welcome Caregiver Participation In the Child Welfare System

“Recently, Keane Law Firm had the pleasure of speaking to Margaret Coyne, from Advokids. Each month we speak with an organization going above the call of duty to serve children across the U.S., and for the month of July we are so delighted to share with you Advokids!Advokids continually works to make the California foster care system function as the law intended, keeping children safe and secure and providing them with stability and permanency when they cannot be returned to their parents. When the system does not work right, children get hurt.”

"Foster parents and relative caregivers generally spend more time with a foster child than any other participant in the child welfare system. Consequently, caregivers are the people who know more about the child's current needs and well-being than anyone else in the system, including the caseworker, the CASA, the service providers, the child's attorney and the court."

Students Rising Above: A Follow-up to the August, 2011 Segment (above)

Shanita was 19 years old when she called Advokids’ free telephone hotline, concerned about her little brothers and sisters in foster care. She asked for our help. Advokids explained the legal guardianship process to Shanita and reached out to our colleague, attorney Robbi Cook, and asked Robbi to petition the Alameda Juvenile Court to have Shanita appointed guardian of her siblings, no easy task. They prevailed and Robbi provided all services free of charge! With the help she received from Advokids and her attorney, Shanita was able to legally adopt all four of her younger siblings.

In the two years since the August, 2011 report, Shanita has graduated from UC Berkeley. She is now working and raising her younger siblings in New York City.

There are more than 86,000 children in foster care in California, over 40% of whom are under the age of 3. Infants – babies less than twelve months old – are the largest group to enter, remain and re-enter the foster care system. The future facing these children is daunting. Foster care is supposed to be temporary, and infants and children who enter foster care need to be placed in secure, and potentially permanent homes, in case their return to their parents is not possible. Potentially permanent placements at the outset assures that children do not linger in the foster care system and suffer emotional and developmental harm from multiple placements. The fate of children who linger in care is abysmal. Advokids educates and advocates for early, stable, and permanent homes, especially for infants and children who are passing critical child development benchmarks.

Copyright 2021 All Rights Reserved | Advokids:  A Legal Resource for California Foster Children and Their Advocates

Advokids: A Legal Resource for California Foster Children and Their Advocates Scroll To Top